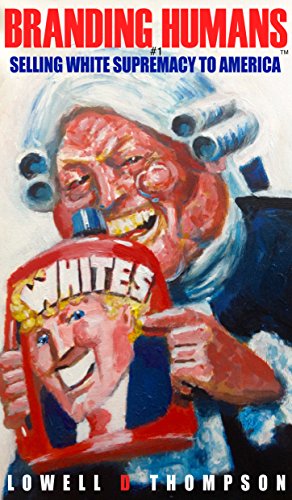 In 1968, I went from Chicago's Robert Taylor Homes, then said to be America's largest housing project, to Chicago's North Michigan Avenue (I've since dubbed it "The Mad Mile"), where many of the world's biggest advertising agencies had their offices.

So I spent 35 of the last 50 years creating ads and commercials for the biggest ad agencies and brands in the world.

But it was only about 8 years ago that it dawned on me that everything I'd learned in the ad game applied to solving America's oldest and most potentially devastating problem - racism and white supremacy. One word explained it all: Brand.
Posted by Lowell at 2:55 PM 10 comments: 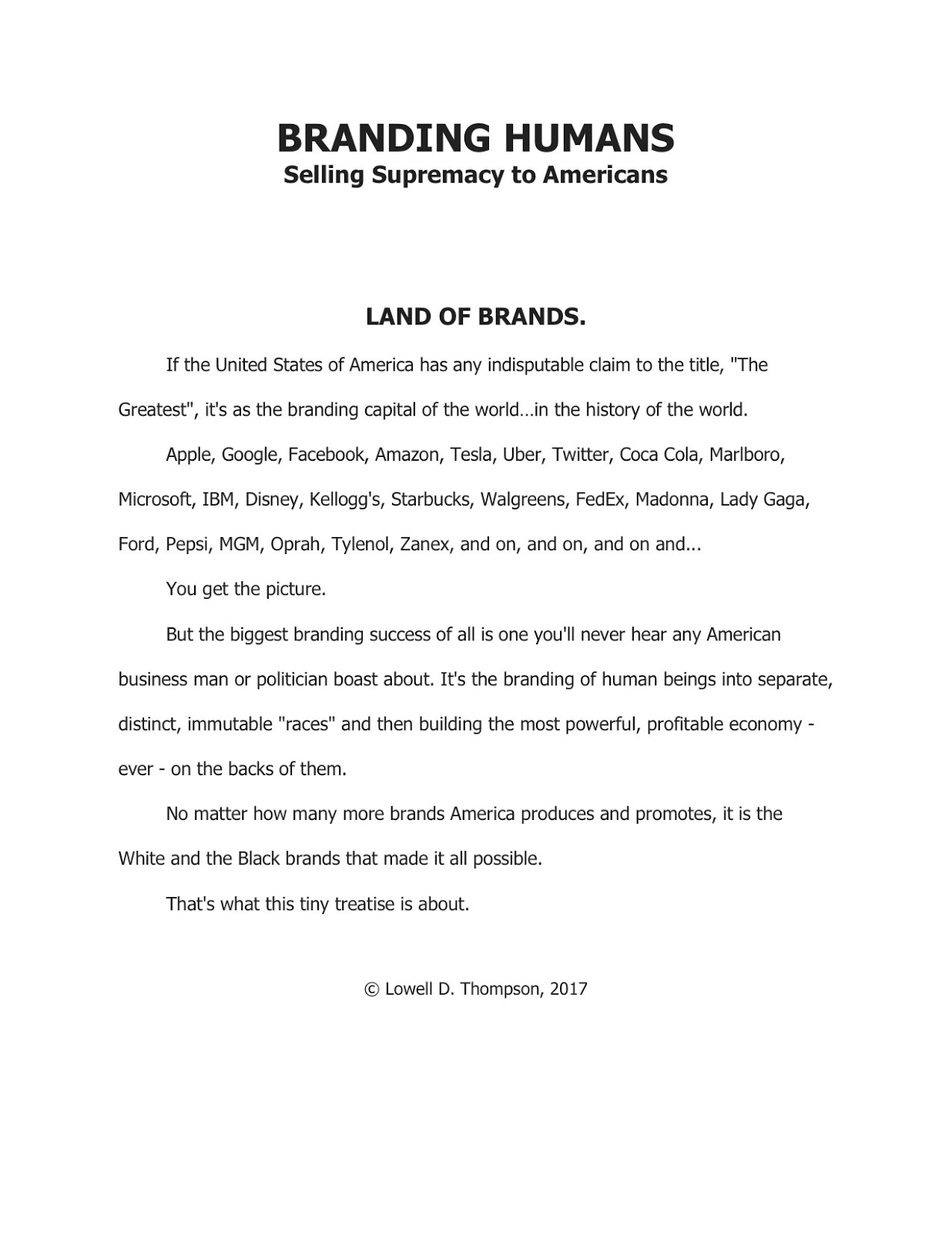 I woulda made it even shorter, but I ran out of time. (Thanks Pascale).

Lowell
I'm an artist/writer/recovering adman who uses his talent and experience to create a better world, starting here in the U.S.A. Although I spent most of my adult life creating ads and commercials for some of America's biggest companies, Around 2000, I began building a new career as a artist/writer/recovering adman. I think of myself as a Creative Catalyst. I instigate new ways of looking at (and solving) old problems, spending most of my time on race relations and other social causes.